New Phones “The One Max” from HTC 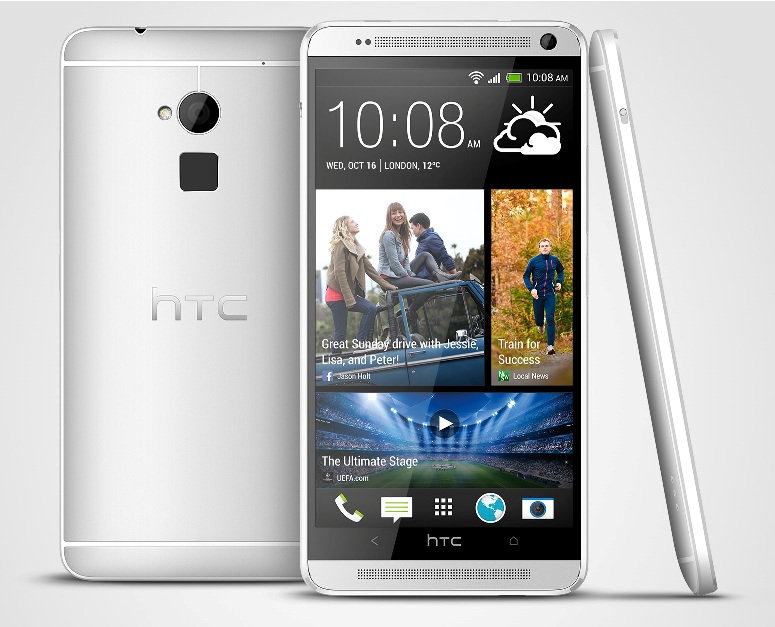 The One Max from HTC is a phone with all features maximized. It has massive speakers and screen with better camera and battery life.

The dual capture mode enables you to have picture in picture results. The scribble mode allows the photographer and the artist in you to come out together. You can give your personal touch by scribbling on the picture whatever you want.

The screen is huge enough to impress in the first look itself. Android phone lovers will love the phone, as they will be able to enjoy the movies or play games on a 5.9-inch Full HD screen.

The sound effects of The One Max from HTC are brilliant. It has dual frontal stereo speakers boosted with in-built amplifiers. They have named this feature as the HTC BoomSound.

The phone also comes with the high security feature, fingerprint scanner on the rear of the mobile. According to the survey of the HTC team, a mobile user locks and opens the mobile at least 20times a day. To save the hassle of remembering the password, this fingerprint detection is the simplest yet the safest way to keep the phone details safe. You can open or lock your phone with just one touch. The phone can store three fingerprints.

Another interesting feature added in the phone is the use of the thermal fingerprint detector to open applications. First of all the idea of giving the detector on the rear side of the phone is to be able to hold the phone naturally, i.e. gripping with three fingers with the index finger on the top side on rear and the thumb in the front. Coming back to point, when you swipe your index finger on the sensor and home screen would open, with set-up like swiping of the second finger, a social networking site like twitter would open. The opening of applications depends on which finger you swipe.

HTC BlinkFeed is another feature added to the phone. A social intelligence gives you all the details like news and updates when you sign in your social networking accounts. The user can also customize HTC BlinkFeed from a large number of global sources.

The HTC One Max works on the Qualcomm Snapdragon processor, which really helps the phone to give the best performance. The battery charging is increased to be 40 times faster. The large 3300mAh battery provides long lasting energy. The phone also has a micro SD card slot built-in.

The hardware as always is impressive. The body for HTC One Max is made of aluminium that is covered with a plastic frame. It is a big impressive phone that has been launched by HTC. The only drawback here is that unlike its competitor phones, it has no stylus.